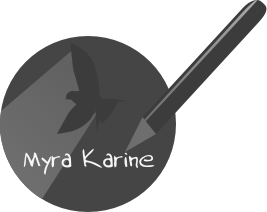 Satti had in his palace complex a menagerie of animals. Others believed he enjoyed lording over other creatures, that is why he kept so many animals and so many slaves and so many mistresses. Few would believe that his subjects came to him, although he might admit the beasts did not. Even so the animals were treated well, the menagerie enjoyed by all the palace and on one day a year by the citizens in the city of Chang (where the palace was).

All kinds of creatures he could find were displayed in the king’s menagerie: birds as common as the mariner, as rare as the peacock; fish of all colors; snakes and turtles; small rodents and mammals; large dogs; small cats; and more cats, and more cats.
Cats roamed the capital city of Chang and they roamed the Hat’va Palace (so named for Satti’s mother), they wandered the menagerie watching the birds and taunting the dogs, and cats know the best places to be and the best place to be was in the king’s menagerie.

Any visitor to the menagerie would be awed and delighted at the rainbow of creatures, but they would almost immediately perceive one lacking thing: the great cats so connected with the rumors of the Beast King. Perhaps he had an agreement with them, you might ask, that keeps them safe from the confinements of cages? Not so, for the Beast King spoke loudly of the rewards he would give for the pride to show great cats in his menagerie. Several huge caged areas had been built, furnished, and gardened, for these cats.
“In this I would put the tiger,” he would tell each visitor, and he was sure he would someday have one, only he doubted when that day might be.

It was from stories of this menagerie, and the Beast King’s love of cats, that our 3 remaning countries drew their idea for victory. It was not a victory based on strength of arms, or subterfuge, or assassination, but a victory measured by how little effort on their part would yield the greatest return from the fearsome king.